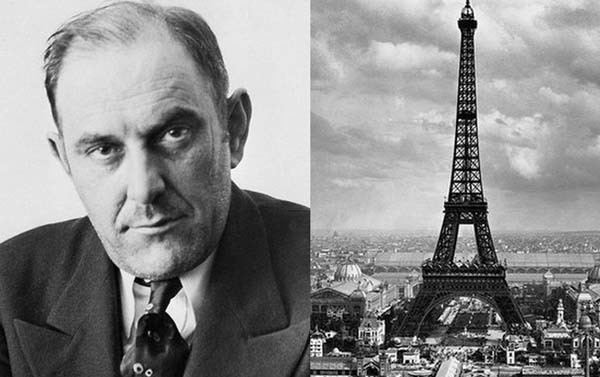 Victor Lustig, born in 1890, was one of the world’s most renowned con men.
He had 25 aliases, spoke five languages and, by the 1930s, was wanted by 45 law enforcement agencies
worldwide.
He once tricked Al Capone out of $5,000.
In 1925, he posed as a French government official, took five businessmen on a tour of the Eiffel Tower and
sold it to one of them as scrap metal. This scam worked so well he did it a second time.

Watch the full video at https://youtu.be/RyaQb7YTP-Q