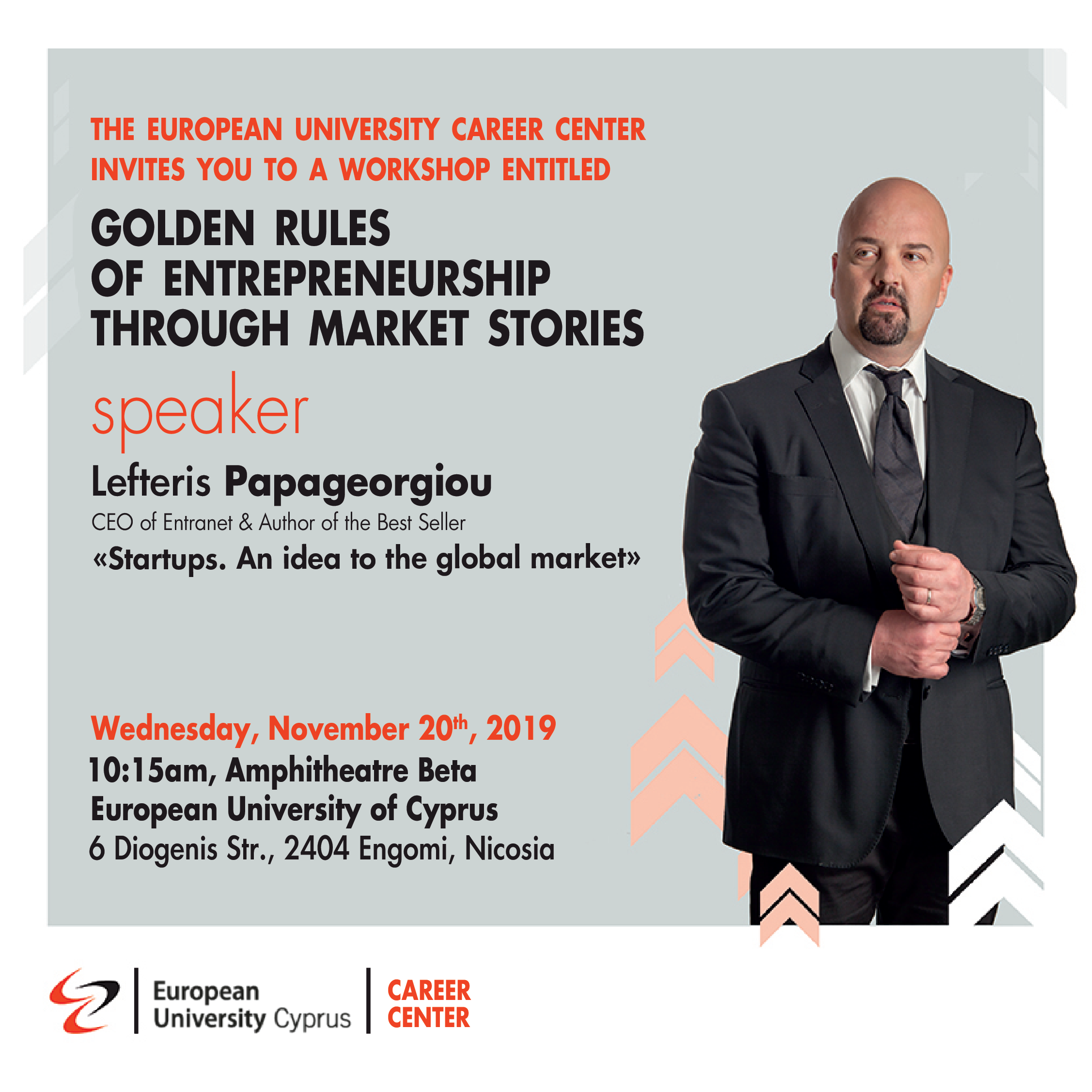 The European University Career Center invites you to a workshop entitled ”Startups. Golden Rules of Entrepreneurship, through Market Stories”, on Wednesday, November 20th, at 10.15am, at Amphitheatre Beta.

Mr. Lefteris Papageorgiou has been a successful entrepreneur with 17 ventures in 5 countries. Eight of the companies he founded were acquired by European Investors.

He is the CEO of Entranet, which has been awarded with the National Championship in Innovation 2014-2015 for Greece by the European Business Awards.

He has designed the “smart home of the future for the elderly” which he has also patterned.

He is also the author of the Best Seller: “Startups – From Idea to the World Market” and he will share with us his experiences and expertise on Startups.

The lecture will be in Greek.